The devil has all the best shots

Would you lay your hands on an angel? 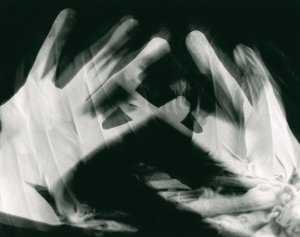 My oppressor, my hero

Video by Karl Held; Music by Perlasix (for the feature film ‘Iniquity’)

Where is there anything but now? All that power went to my head 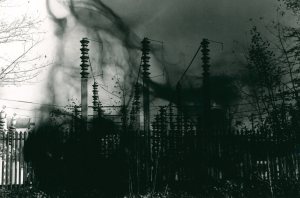 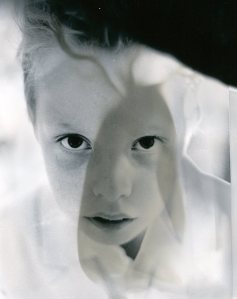 The groping psyche – medieval alchemy and the discovery of the unconscious

In 1928, after a vivid and disturbing dream, Carl Gustav Jung began an in-depth study of alchemy, ordering all available books on the subject from his Munich bookseller.

Jung, who had begun publishing his psychological observations and theories some 26 years earlier, was surprised to find that the obscure theories and practices of the medieval alchemist should give substance to his psychological theories: “the experiences of alchemist were, in a sense, my experiences, and their world was my world.  I had stumbled upon the historical counterpart of my psychology of the unconscious”.

Jung regarded the theory of the individuation process as the central concept in his psychology.  This process involves the conscious psyche becoming aware of its unconscious counterpart, uniting the two and forming a balanced whole.  It was this process that Jung found mirrored in the Opus Alchymicum – the grand work of the alchemist.

So, what is alchemy?  Is it a proto-science? An early form of metallurgy and chemistry? Or is there another dimension to this secret art?

Alchemy is of course best known for its goal of elemental transmutation, aimed in most cases at improving base metals, turning them into gold.  Most medieval alchemists undoubtedly believed this process possible, and their belief was firmly based on the prevalent scientific theories of their times.

European alchemy can be traced back via Arab scholars (who gave it its name, al-chemy, just as they did to a mathematical discipline, algebra, and more), via the Greeks to the Egyptians.  But it was the natural philosophy of classical Greece that formed the basis of medieval European alchemy.

Aristotle’s theory of nature was central.  Its main assumptions were that the basis of the material world was the so-called prime matter, a chaotic, swirling, protean mass which must be given form into that which we see around us.  The form-giving agents were the four elements: fire, air, water and earth. Each element had two qualities: fire, for example, is hot and dry; water, its opposite, is cold and fluid.

The common belief was that god created the limitless varieties of life and material by blending the elements in certain proportions.

Alchemists adapted and extended this Aristotelian theory of nature, developing the sulphur-mercury theory of metals.  This assigned to the opposite elements of fire and water two metals with opposing characteristics: fire and sulphur; and water and mercury.  Alchemists theorised that, at the centre between these two elements lay gold – an expression of the perfect equilibrium of elemental qualities.  Other metals were composed of sulphur and mercury in unbalanced proportions. Copper, for example, would have had an imbalance in favour of the fiery sulphur.

Alchemists believed that this imbalance could be rectified by a powerful transmuting agent – a potion, powder or philtre with the power to transform. It is this that has become known as the Philosopher’s Stone or the Elixir of Life.

Both Jung and more recent researchers claim that alchemy was not as one-dimensional as this misguided quest for gold suggests.  The Opus Alchymicum, the highly structure grand work of the alchemist, is now held to be dualistic in nature.  There is, on the one hand, the exoteric aspect of the work, concerned with fashioning gold from lesser metals by means of chemical and physical experimentation. On the other hand, there is an esoteric aspect, a mystic alchemy that developed alongside and eventually perhaps overtook it.  Today, researchers claim that this led to the discovery of the unconscious. Danish writer Johannes Fabricius writes:

“In explaining the strange development of esoteric or “mystic” alchemy one encounters the psychological phenomenon of ‘projection’ and the universal law that ‘nature abhors a vacuum’. As the alchemists’ agelong investigation of matter on the wrong track plunged them into a dark void, the darkness was finally ‘illuminated’ by the groping psyche of the laboratory worker which projected its contents into the smoking retorts of his laboratory. Thus, through the indirect way of projection and free association, the alchemists came to activate the unconscious which allied itself to their work in the form of hallucinatory or visionary experiences”.

This groping psyche may have also had an ally in the creation of visions – hallucinogenic drugs derived from widely known plants such as belladonna, mandragora, Thorn Apple and Henbane.

While there is no empirical evidence to link the Opus Alchymicum and hallucinogenic drugs, we should bear in mind that alchemists were among the leading chemists of their time; that they are known to have experimented with all kinds of matter (menstrual blood and faeces are mentioned); and that their works make frequent cryptic allusions to hallucinatory experiences and secret potions, such as the “red elixir”, the “elixir of life” and “vinum nostrum” (‘our wine’).

From the late Middle Ages there is evidence that European alchemy developed into an increasingly complex and systematic endeavour.  Fabricius suggests that texts become “increasingly ambiguous in language and intent”.  Alchemy now begins to transcend metallurgy, chemistry and physics and itself transmutes into a fully-fledged mystical system, culminating in the Opus Alchymicum, the alchemists’ bible.

The Opus is the alchemists’ “great work”, structured into phases of decay, putrefaction and purification and resulting eventually in the discovery of the Philosopher’s Stone.  The quest for gold is at least in part symbolic. It is also a search for that which gold symbolises: purity, perfection and the eternal. Alchemy thus addresses the concerns of all religion.

‘Spiritual Alchemy’ combines aspects of religions that still flourish today.  The Aristotelian principle underlies many eastern philosophies and the belief in transubstantiation lives on in western religion.  The idea of death and decay as the basis for renewal and purification pervades all religion.

Alchemists are figures of legend and engravings, like the knights of the Grail.  Both are travellers, venturers into the unknown. Both have a defined – very similar – goal.  In both cases, the striving for treasure, be it the Philosopher’s Stone or the Holy Grail, symbolises the search for spiritual perfection and purity. For these deeply spiritual and dedicated people – whether real or as archetype – the real action takes place in the mind. 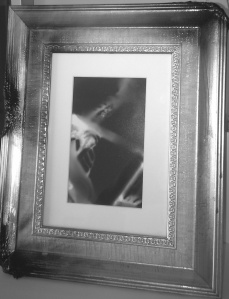 “They have built the high places of Topheth, which is in the valley of the son of Hinnom, to burn their sons and their daughters in the fire” (Jeremiah 7:31)

Our friends and relations over at Perlasix often provide the soundtrack for Wanton+Furious’ late nights in the lab.  This new demo, Room Service, takes their sense of claustrophobic nihilism a step further again.  Word has it that they’re working on an EP or “maybe an album”. We’re not holding our breath (they’ve been saying this since 1994).  But we ARE listening to this.

And we ARE looking at those chandeliers. They hang so pretty. 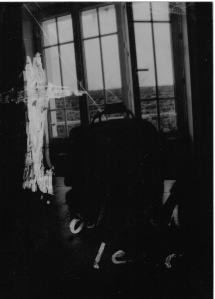 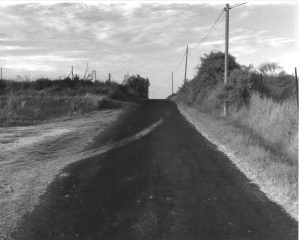 Someone had left in a hurry. Something made me turn back. I did not want to see beyond the crest.